Gafasa: A Look At The Grassroots Man 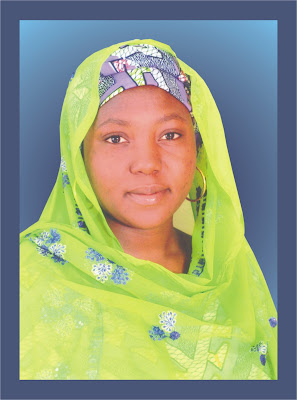 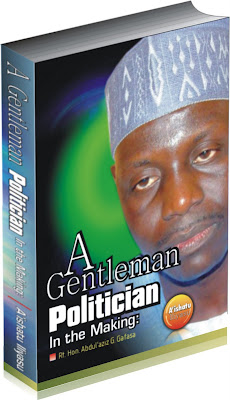 Much of the history of Kano is known to people conversant with the origin of Hausa city states. This book, which is essentially the biography of the current speaker of the Kano State House of Assembly, is rich, too rich, in the historical origins of Kano culture, religion, aristocracy, and politics. In a whopping 80 pages, this interesting section captures the nascent establishment of one of the most populous city state in sub-Saharan Africa.

According to the book, which draws from known historical sources such as the famous Kano Chronicle, Kano originated from two waves of human migration from the northern parts of the continent. A small community about 60 miles from the present day Kano, Gaya, played a significant role in the establishment of Kano. Gaya was the first port of call for the migrants from eastern Sudan, the Maghreb and the Middle East. Its inhabitants were blacksmiths who engaged in the production of iron ore for making farming equipment. In the course of searching for ore, the blacksmiths moved to and from Dala and Gwauron Dutse, two hillocks in present day Kano rich in iron ore. Subsequently, several settlements grew around the hills, at once boosting the population of idol-worshipping settlements that were already in the places.

The nascent Dala and Gwauron Dutse inhabitants had established an elaborate system of religion based on a mix of idolatry and Eastern religions, especially Islam, complete with hierarchy of priesthood. This, with the continued influx of the Gaya crowd and other migrants, was transformed across the centuries into a more sophisticated feudal system which survives to this day, with great innovations that were drawn from the multifarious cultures that suffused into the city state across the centuries. Islam was the most significant role player in this transformation. Because of its very sophisticated political and religious structure, Kano has become easily the most politically conscious city in northern Nigeria.

The book, A Gentleman Politician in the Making: Rt. Hon. Abdul'aziz Garba Gafasa, captures Kano's growth from a small community of idol worshippers to its present status as a centre of everything from commerce to politics, Islam and learning. It is unflagging in its extenuation of how the royalty developed, as well as the growth of the various hamlets, villages and towns that helped make it the second most populous city in Nigeria. It tells us how the pre-Jihad administrative system was formed and the impact of both the Sokoto Caliphate and the British colonial rule on the system. Chapter 2 is entirely devoted to the reason for Kano's high population, a divisive issue in today's national politics.

Abdul'aziz Garba Gafasa, the subject of this book, hails from the old Gaya District - the area that played a key role in the establishment of Kano. In the foreword, the state governor, Malam Ibrahim Shekarau, describes him as "a down-to-earth grassroots politician." The subsequent chapters actually prove this. The speaker is a prince of his hometown, Gafasa, a town under Ajingi Local Government Area of the state. His family have been holding the traditional title of Dagaci of the town till today.

Abdul'aziz was destined to grow in stature as a politician not because of his family pedigree or educational attainments. Even he has said in the book: "To be sincere, I never thought that I would one day be in this position, although I came from a traditionally and politically enlightened family." He was born in 1962 in Gafasa. His highest educational qualification is a diploma in Economics from the School of Social Serviceas and Rural Community Development, Rano, Kano State. And the highest position he attained in the civil service was as a Cooperatives Officer in the state chamber of commerce. Nonetheless, Abdul'aziz had a secret weapon for his rise through the ranks: his close links to his people at the local level, his modesty and humility and, above all, his deep empathy for the progress of the people. A mix of these has created a politician revered and loved by people in the villages, the city, the government and the parliament.

Prior to his first foray into politics in 1996, he had been actively involved in self-help groups in his village, becoming the chairman of the local self-help association. This automatically situated him within first-hand experience with problems at the grassroots level. His sterling performance there qualified him for invitation by his people to come and represent them when elections came up. He was therefore elected as a councillor in the local government. A few years later, he was elected as a member of the state House of Assembly under the platform of the All Nigeria Peoples Party (ANPP). On June 5, 2007, his colleagues elected him speaker of the House. He is the seventh person to occupy the exalted position in the history of party politics in Kano. As speaker, he is the number 3 citizen of the state, after the state governor and the deputy governor.

Gafasa's tenure is full of action and substance. The book shows how the young politician set out to prove his mettle, using his recognised tactics of carrying everybody along, respecting his elders, and maintaining an iron-cast link to the grassroots. One word that summarises his style was provided to the author of the book by a colleague of his, Hon. Lawal Sani Burji, who represents the Doguwa constituency in the House, who says Gafasa is "approachable". This is unlike many of his predecessors in Kano and fellow speakers in some other states who see positions of power as a high horse. He simply lacks the superciliousness of many persons of power at the local, state and federal levels.

In the book, we encounter how Gafasa makes it a point of duty to carry his colleagues along while at the same time ensuring a cordial relationship with the executive arm of government headed by Governor Shekarau. The aim is to create and maintain an atmosphere free of rancour in which governance is fully geared towards serving the people. In return for his accommodating mien towards the executive, the House appears to be getting anything it wants, including an increase in its constituency projects from N40 million to N60 million. In order to ensure accountability to the people, the speaker set up a House committee to supervise constituency projects. For this, Gafasa's colleagues are full of praise for him.

Under the speaker, lawmaking is real business; many laws and bills have been passed by the House, which any parliament would count as the greatest achievement. Chapter 5 of the book gives a rundown of the House's achievements during Gafasa's tenure. It also gives a list of the speaker's own performance in his Ajingi constituency - provision of roads, mosques, schools, water, etc. The next chapter is an interesting exploration of the relationship between the speaker and the state governor right from April 14, 2007 when Shekarau was sworn in as governor. The last chapter reproduces newspaper reports on Speaker Gafasa's official duties and activities.

Poignantly, when the speaker was asked to provide a self-assessment of his tenure, he said his greatest achievement, apart from bringing development activities to his people, is that governance in Kano State is being conducted peacefully, thanks to the good relationship existing between the legislature and the executive arm (p.167).

The book is a rich compendium of Kano's political history, based on the odyssey of an upcoming grassroots politician. The speaker of the Kano State House of Assembly, Alhaji Abdul'aziz Garba Gafasa, is portrayed as a man of the people, selfless, humble and team player, one whose purpose in politics is service delivery rather than material aggrandisement or haughty power games. In trying to make these points to the reader, the author has succeeded immensely. The book is therefore a recommended read for anyone interested in Kano's emergence and transformation as the greatest of the Hausa city states, legislative work and what it takes to survive in the muddy waters of Nigerian politics.

As biographies go, this one also has its strengths and weaknesses. The book is illustrated with colour photographs showing Gafasa's activities as speaker of the House. Disappointingly, however, only two (black and white) photographs show his background, one as a young man and the other a secondary school group picture. More photographs of his background would have cast light on who he really is, such as Abdul'aziz as a community leader before venturing into politics, his parents, his family house, his activities as a grassroots politician in Gafasa and Ajingi, and his own wives and children. The book is also sorely silent on his family: who are his wives? The place of women in his life (mother, maternal relations, sisters, wives) is totally absent. And to think that the author is a woman!

There are typographical errors in the book; a more diligent editing would have taken care of that. On page 103, a list that should have been tabulated appears as a single column, a mixed up block of text. Many paragraphs are not indented.

The book is also bereft of anecdotes from Hon. Gafasa's childhood, school days and his activities both on the hustings and in the parliament. His humanity would have been better portrayed by that. This impression is worsened by the fact that Abdul'aziz Gafasa is presented as infallible; a mention of some of his human flaws would have shown us his other side. This is obtainable from his childhood friends and political observers.

However, the book's greatest strength is its first-person testimonies from people that know the honourable speaker both at the village and in the parliament. These include his parents' mates, his brothers, childhood friends and other members of the House of Assembly. But even in this I saw a lapse: not a single woman was interviewed. Secondly, apart from Malam Shekarau's testimony, not a single member of the executive arm of government was asked to comment on the speaker, not to talk of businessmen, religious and traditional figures, and academics. This would give an unintended notion that the book was designed to be a one-sided hagiography.

One must commend A'ishatu Iliyasu, who is, like the speaker, also emerging in her chosen field of endeavour - writing. The 25-year-old member of Association of Nigerian Authors (ANA) has since begun to carve a niche for herself in this field, having at least two novels in her kitty, one in Hausa and the other in English. She holds a National Diploma in Business Studies from Kaduna Polytechnic. She is at present a reporter with the Kano-based Concern magazine. This book is clearly a continuation of her march towards intellectual accomplishments.