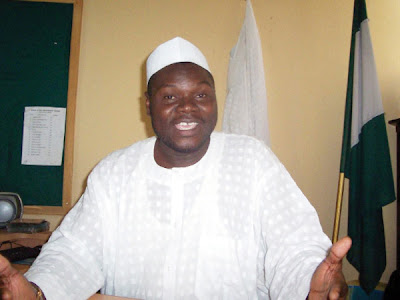 
The director general of the Kano State Film and Censorship Board, Abubakar Rabo Abdulkarim, was nearly lynched over the weekend when a mob attacked him for soliciting sex from an under-aged girl.

Mr. Abdulkarim, the former Hisbah commander was trying to escape from a patrol team which had accosted him when they saw his car parked in a secluded environment - with a young girl inside - when he ran into a motorcyclist. Other members of the Okada union quickly surrounded him and he was only saved a lynching by the police who had been in pursuit of his car.

The censorship board, under his leadership, has waged a scorched earth campaign against actors, musicians and producers in the state for allegedly promoting immorality. As a result, many artistes fled the state and now ply their trade elsewhere.

Mr Abdulkarim, who insisted that the girl he was found with was his niece, said he was not having an affair with her. But when the former enforcer of Sharia law discovered he could not convince the contingent of policemen on night patrol on the propriety of having an under-aged girl in his car at such an odd hour, he panicked. The whole thing looked even more suspicious because for some curious reason he had parked behind a shopping complex along Maiduguri Road that night.

A police source said when the patrol team attempted to arrest Mr Abdulkarim he took flight in his car.

While trying to escape however, he knocked down an official of the Kano History and Culture Bureau who was riding on a motorcycle. This incurred the wrath of Okada riders, who thought that he had knocked down a member of their union and promptly proceeded to give him a thorough beating.

Ironically, it was the patrol team that he had been trying to avoid that finally came to his rescue, although by then the okada riders, who saw he had a girl with him, had damaged the car and were already on the verge of beating him to death.

He was later taken to the Hotoro police division where he was made to write down a statement.

Not a wayward one

When contacted, Mr Abdulkarim said members of the opposition Peoples Democratic Party, and film practitioners, were responsible for his ordeal.

The man, who has been having a running battle with film makers and writers in Kano in his attempt to force them to comply with the Sharia legal code, spoke to NEXT before he travelled to Saudi Arabia for the lesser hajj.

“The girl found in my car was my niece and not a wayward one as insinuated,” he insisted.

Spokesperson of the Kano State police command, Baba Mohammed, said he was not aware of the incident because he was in the hospital at the time. The police commissioner, Mohammed Gana also said he couldn’t speak on the matter because he just returned from Saudi Arabia. He however promised to find out the details from his men at the Hotoro Police Division.