Is Sanusi pushing us towards the Stone Age? 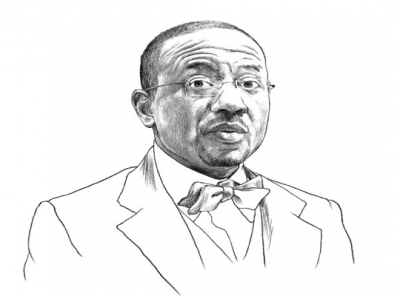 Malam Sanusi Lamido Sanusi is a man whose sense of judgement I would not rush to condemn. His anti-corruption crusade in the banking industry has led to the jailing of hitherto untouchable bank executives and the bail-out of the five big banks that were brought almost to their knees by those thieving, irresponsible bank CEOs, among others. Sanusi’s watershed actions have been endorsed by highly regarded international agencies. Some youths are so proud of the Kano prince that they have in recent times begun a SLS-for-President-in-2015 campaign on Facebook; they see in him a credible, formidable candidate the North could present in the next polls.

My faith in the man, however, faltered recently when the Central Bank of Nigeria (CBN) announced a policy that would limit cash withdrawals by individuals to N150,000 and by corporate bodies to N1 million only per day. “Silly,” was the word that first came to mind, knowing that in our kind of society the policy would surely bomb even before it takes off. The CBN intends to start operating the policy from June 1, next year, in the urban centres of Lagos, Aba, Port Harcourt, Abuja and Kano. The idea, according to the smart alecks under Governor Sanusi, is to encourage the nation to start moving towards a “cashless economy” such as the ones we see in developed countries.

On face value, the policy is good because it is an extension of the CBN governor’s legendary anti-corruption fight; it is believed by its supporters that most huge chunks of money withdrawn from banks are for corrupt purposes like money laundering and payment of kickbacks. It would check inflation, they say. The policy, according to these proponents, would also discourage the movement of huge sums that should remain in bank vaults. Moreover, it would help modernise our financial system further and bring it closer to those of developed economies.

Granted that these are welcomed ideas. But would they translate into the overnight modernisation of the system? In the first place, the policy is cumbersome; one Facebooker wondered: “So, if I want to use let’s say N750k from my account, does that mean I should start withdrawing from Monday, each day N150k?” This shows that the amounts pegged are too small. This fact is even more glaring when you consider that our economy is not THAT developed; people are still learning how to use simple devises such as the ATM, with many in fact running away from them. Credit card usage is very minimal.

I also beg to disagree with those who claim that most huge withdrawals are for laundering, kickbacks and money politics. Crooks can still do these within the proposed limits as they are going to find ways to circumvent the rules in spite of the CBN’s threat. For instance, individuals would register fake companies in order to be able to withdraw high sums for personal use. I rather tend to look at the mind-boggling cash transactions taking place in our big markets, where grain merchants, cloth dealers, car sellers, etc., engage in mostly gargantuan cash transactions.

The CBN has over 12 months to force the policy down our throats, as such there is time to re-examine it. The first thing the apex bank should consider is the small size of the pegged amounts. One, therefore, suggests that the withdrawal limits should be raised to N500,000 for individuals and N3 million for corporate customers. Two, the bank should extend the take-off date of the policy by another year. Within this period, it should gear attention towards readying the country for an electronic economy, complete with a suffusion of credit card usage nationwide and strengthening of the naira’s value, among others. We should take note that enforcing Sanusi’s new initiative without amendments could virtually take the nation back to the Stone Age where monies were kept under beds or, to put it appropriately, under stones. Needless to say, thieves and armed robbers would find it easier to collect money from persons and families who are forced to keep their cash within reach.