The best revenge for Kwankwaso 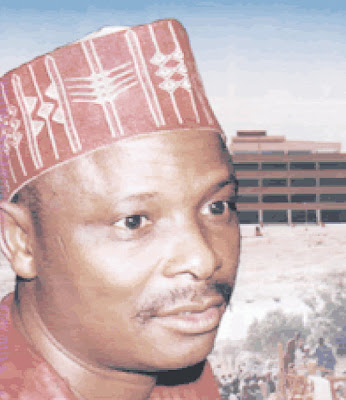 One of the hotly contested gubernatorial elections this year was the one in Kano State, where Rabi’u Musa Kwankwaso made a dramatic return to the seat he lost in 2003. The stakes were high, and the pressure feverish, because of the fact that Engineer Kwankwaso’s 2003 defeat was one of the greatest humiliations ever suffered by a Nigerian politician. In that election, the opposition ANPP successfully wrested the baton from his firm grip in spite of all the fabled power of incumbency. The new government, under a rustic former schoolteacher, Malam Ibrahim Shekarau, decided to worsen Kwankwaso’s woes by instituting a commission of enquiry which, ultimately, indicted him. The purpose of that commission, as many analysts saw, was to portray the ousted governor as a criminal and foreclose his chance of bouncing back as a politician of reckon. Indeed, several attempts were made to have Kwankwaso arrested. But they failed, mainly because the government at the centre was a PDP one. Indeed, as a slap on the face of the ANPP administration, Kwankwaso was made foreign minister. From that vantage point, he retained his relevance in his state. The bitterness and acrimony between him and Shekarau, however, ran through all the eight years that the latter held sway in the state. So overwhelming was the power wielded by Shekarau that many political pundits wrote Kwankwaso off.

As it turned out, however, not only was Kwankwaso able to survive his detractors, he was also able to win back his gubernatorial seat, no thanks to the deadly in-fighting within the ANPP in the state and Shekarau’s unwise decision to leave his primary constituency in search of the presidency.

Now, ever since Kwankwaso’s triumphant re-entry into Government House, many analysts have smelt the blood of revenge even before he started sharpening his knife. It was felt that a Kwankwaso government was bound to take its pound of flesh from its predecessor’s. One of the reasons being adduced was that since Shekarau had mauled his own predecessor so mercilessly, he should not expect any sympathies, too. Indeed, pronouncements coming from the Kwankwaso administration’s would-be officials have since confirmed fears that revenge was really on the drawing board. Even though the returnee governor has tried, in his press interviews, to dispel that notion, his body language and other pronouncements are suggesting the contrary. I feel that many in Kano would be hugely disappointed if Kwankwaso does not probe Shekarau and wash the Malam’s dirty linen in Sabon Gari Market.

But is there a need to run a revenge government in the manner some Kanawa and others want? The answer is no. It is not in the real interest of the people of Kano, including the Kwankwaso crowd, to commit themselves to “exposing” Shekarau with the view of “showing him for what he is”, as the rhetoric goes. My reason is that operating a revenge regime would be time-wasting, costly and obfuscating the real purpose of winning the election. It would create more bad blood and tension amongst the people just as it would divert attention from governance and holding elected officials to account.

The main reason Kwankwaso was re-elected was the Kanawa’s dire need for change. Their heroic decision to bring back a man who was so maligned that you would think he could never win an election in his street was the biggest confirmation that the people wanted him to come and complete the developmental projects he started before he was shown the door in 2003.

The sweetest revenge Kwankwaso should take against Shekarau, if ever there should be one, is to disappoint those goading him into launching a revenge mission and, instead, concentrate all his energies on executing developmental projects. I tend to believe that that’s why he sought re-election, and not an ego-trip of “proving Shekarau wrong” and avenging some wrongs. After all, God, who brought him back, has shown His magnanimity by proving the sceptics wrong. The best appreciation Kwankwaso should give the Almighty is to work selflessly for the electorate who yearn for better education, security, atmosphere for trading, water, health care and other dividends of democracy.

Published in the current edition BLUEPRINT, our weekly newspaper
Posted by Bahaushe Mai Ban Haushi! at 12:48

Well Ibrahim,you have said it all. I hope MAITAKALMIN KAFE will hear your advise. A word is enough for the wise.

Well Ibrahim,you have said it all. I hope MAITAKALMIN KAFE will hear your advise. A word is enough for the wise.

Correctioon: Kwankwaso was minister of Defence and not of Forign Affairs.

Both are history makers of a sort:Shekarau for being the first to have two consecutive elective terms as a governor;Kwankwaso as the first to make a successful comeback to the elective seat of the governor.Yes, the incumbent should not be preoccupied with 'revenge',whatever this means in the context of the electoral defeat of the incumbent in 2003.But,come to think of it,Ibrahim, can Kwankwaso live outside of the times? Certainly,the pervasive minset of Malam Bahaushe now(translate:Hausa,Fulbe,Kanuri,Nupe,Zarma,Gwari)is one of "Bai kamata ba' roughly 'not doing the right thing'( apology to the late Amirul Muminin,Sultan Abubakar III).So,Governor RMK will be living with the times if he goes ahead to squander his God-given chance to better the lot of Kanawan Dabo seeking an illusive but paradoxically attainable 'pound of flesh'-the very evidence of our in-born 'cannibalism'?