How to save the New Nigerian (1) 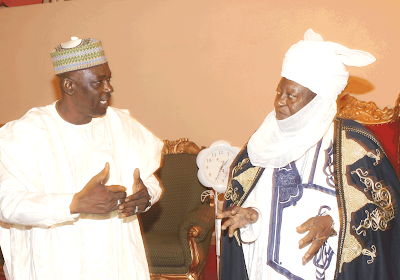 Last week, the Blueprint published the story of how the Managing Director of the New Nigerian Newspapers Limited (NNN), Alhaji Tukur Abdulrahman, led his management team to the Emir of Zazzau on a courtesy call. During the visit, the MD revealed what apparently was the main purpose of the visit, i.e. to solicit the emir’s intervention in the financial crisis rocking the company. Abdulrahman was quoted to have told the emir, Alhaji Shehu Idris, that the crisis was caused by the failure of most of the 11 northern state governments to redeem their pledge of N15 million each to the company after its transfer to them from the federal government. He also told the emir that the financial crunch has affected the payment of gratuity and pension, adding, “This crisis also affects our production. Most of our machines are aged, which contributed to the backwardness of the papers.” The emir kindly directed the management to submit a written report to him for onward submission to the “appropriate quarters.”

It is sad that the company which used to be the flagship of Nigerian journalism has slid to this low ebb, forcing its management to be going round cap in hand like the ubiquitous almajirai dotting the north, looking for sadaka. The NNN was from the 1960s to the early 1980s one of the leading lights not only of the journalism profession in the country but also a huge commercial success. Its clout is symbolised in the number of seasoned journalists it produced or inspired, many of whom are still some of the major voices in our journalism, and in its landed property such as Nagwamatse House – the tallest building in Kaduna – and residential houses in Kaduna and elsewhere. Indeed, in spite of the success recorded by latter day media enterprises in the region such as Media Trust and Leadership Newspapers, NNN has retained its lead as the newspaper company with the more landed assets in the north.

The crash of the New Nigerian (NN) is an old story, dating back three decades. Spurts of a rebound and promise of a return to its past glory were shortlived and deceptive. Those of us who once worked at the NN with pride and gusto are left with agonising nostalgia over the poor state of affairs at our “journalistic alma mater.” Anyone associated with the paper, wherever he/she has moved to, looks back with pain at the inability of this bedraggled old cow to get off its hinds and sprint like in the good old days. One is bound to wonder ceaselessly why the NN remains down almost perpetually even with increased knowledge in the profession and new communication technology, as well as more literacy and expansion in social infrastructure. In the past, when it was more difficult to gather news, set it on compugraphic machines, print newspapers and distribute them, the NN had the second highest circulation figures in Nigeria, with 100,000 copies daily. It was easily the most influential newspaper in the country. Today, what one hears in the grapevine is that the company can hardly print 5,000 copies a day.

The NN is still being produced by talented and hard working staff, yet, something is missing; an evil force seems to have held it down, preventing it from rising from the ashes. It glaringly lacks the essential ingredients that made it a must read in the past: articulate writers of reckoning, modern production facilities and new editorial and managerial approaches to compete within its immediate environment in particular and the nation in general. Thus the NN is no longer well-written, well-designed and well-produced. It hardly serves any noteworthy exclusives, scintillating news features, great photography or earth-shaking interviews. Not many readers take its news and views serious, with the consequence being its poor market share in intellectual discourse and advertisement revenue. This beautiful dream of the founding fathers of the Northern Region no longer inspires awe and reverence. With this beggarly mien, it is scarcely surprising that the northern state governors don’t care to drop a coin in the NNN management’s dish to fund the newspaper’s sustenance.

----
Published in my column in BLUEPRINT today.
The above photo, by Bashir Bello Dollars of the New Nigerian, shows Alhaji Tukur Abdulrahman and the Emir of Zazzau, Alhaji Shehu Idris, during the visit.
Posted by Bahaushe Mai Ban Haushi! at 05:07