Why Al-Mustapha must not die 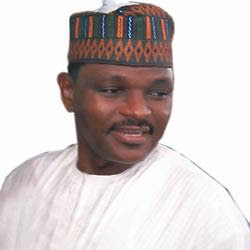 There was a compelling reason why the Al-Mustapha trial shocked many Nigerians for the way it ended. The reason is that after discharging and acquitting all the other accused in the trial over the attempt to assassinate The Guardian publisher, Alex Ibru (of blessed memory), and a former Delta state Director of Sports, Mr. Isaac Porbeni, as well as those implicated in the murder of Mrs Kudirat Abiola, many had reasoned that Hamza Al-Mustapha would also go home a free man. Some of those released from detention included former Chief of Army Staff, Gen. Ishaya Bamaiyi; former Lagos state Commissioner of Police, Mr. James Danbaba; former head of the Police Unit in the Presidential Villa during the Abacha regime, Chief Superintendent of Police Mohammed Rabo Lawal, and former Military Administrator of Zamfara state, Col. Jibrin Bala Yakubu. Even the man that admitted to having pulled the trigger in Kudirat’s assassination, Sgt. Barnabas Jabila (‘Sgt Rogers’), is walking free.

So, why was Al-Mustapha – and of course Lagos political jobber Lateef Shofolahan – held till the very end and given the supreme penalty? The learned judge who handed down the death penalty last week ruled that, based on the force of the prosecution’s presentation, she was persuaded that Kudirat was killed based on instructions from Al-Mustapha. Shofolahan, she said, played a part in a conspiracy by showing the deceased’s photograph to the killers – as if Kudirat was an unknown figure who had to be identified only through a picture. The judge quoted from the Bible in order to justify why the duo must die by hanging.

Even though Justice Mojisola Dada had dismissed the political undertones of the case, it is not easy not to see a clear connection between the incarceration and eventual sentencing of Al-Mustapha to the ethnic and regional politics in Nigeria. To begin with, the struggle to actualise Chief MKO Abiola’s June 12 mandate had become ethnicised by the time Kudirat was murdered. Abiola, who had won more votes than a dyed-in-the-wool indigene in Kano, got a universal mandate to rule Nigeria, but his victory was overturned by a military cabal headed by Gen. Babangida. Abacha, who sustained the denial of Abiola’s right to rule, became very hated in the South-west. NADECO, which had a large following in the North – an indication that the struggle was for democracy rather than for the right of a section of the country – was eventually seized by sectional jingoists who, apparently, decided that they wanted to go it alone in actualising the mandate. I recall how, in the wake of attacks on “Hausa-Fulani” by OPC elements, a big exodus by Northerners began.

Kudirat, who spearheaded the June 12 struggle, was shot dead in the streets of Lagos by unknown gunmen during the melee of those unfortunate times. It was years later, during the short-lived regime of Gen. Abdulsalami Abubakar, that many former officials of the Abacha regime were arrested and charged with various offences, culminating in the assassination charge. It was easy and truly populist for any regime to do that and win support from the South-west even if Mrs Abiola had been killed by armed robbers.

We shouldn’t forget, also, that there was an attempt by the Abdulsalami regime to kowtow to all and sundry, especially the South-west, where Abiola came from and where most the nation’s influential mass media are sited. The region had been agitating for presidential power based on Abiola’s success at the polls. Its intelligentsia had been baying for blood, with many of them even threatening war and or secession. The biggest move to appease the region was, indeed, the freeing of Gen. Olusegun Obasanjo from prison and handing over the presidency to him on a platter of gold. Could the sudden arrest of Al-Mustapha and co at that material time have been part of that move?

For the 14 years that Al-Mustapha was awaiting/undergoing trial, there have been insinuations across the North that he was targeted for elimination through the judicial process (because it could not be done otherwise), and those behind the plot were prominent Northerners. Al-Mustapha himself had, on more than one occasion, blamed former Head of State, Gen. Abdulsalami Abubakar, for his ordeal. On June 3, 2010, in an interview on the VOA Hausa service, Alhaji Mustapha Jokolo, the deposed Emir of Gwandu, accused the then National Security Adviser, Gen. Aliyu Mohammed Gusau (rtd), of being responsible for Al-Mustapha’s continued detention, alleging that he it was that advised the then President Obasanjo against releasing him, citing security concerns. It was very possible that Jokolo’s may have been a case of sour grapes following his removal as emir, but his story did, nonetheless, highlight the political dimension of the case.

As I wrote one and a half years ago, “Clearly, we cannot divorce politics from this pitiful saga. The accused persons have argued, ever since we began to get their side of the story during the Oputa panel hearings, that they were being persecuted because of their work as security men during the Abacha regime. They said certain highly connected Nigerians of, ironically, northern origin had decided to ‘teach them a lesson’ because of some misdemeanours, such as denying them easy access to the head of state or some forms of disrespect. The big men were said to have sworn to extract their pound of flesh from the security goons and were glad to have found an opportunity in the Ibru case. The detainees also argued that the lurid tales we heard from prosecution witnesses were all cooked up in order to nail them.

“Another story was that Obasanjo sat on the case because he was jailed by Abacha and that Yar’Adua was disinterested in it because of his brother Shehu’s death in prison during the Abacha era...

“The political dimension of this saga presupposes that many people, especially in the North, view the matter as one in which the region as an entity has failed. There is a widespread belief that northern laxity and hypocrisy are fertilising the issue. The North must recognise the fact that if Al-Mustapha and co were Southerners, the region’s elites would have used their political clout to ensure that their brethren were removed from the clutches of detention.

“They did it many times. Ralph Uwazuruike, leader of the Movement for the Actualisation of the Sovereign State of Biafra (MASSOB), a secessionist organisation listed by the federal government as a terrorist organisation, did not recognise the Nigerian state. He fought it with arms. But he was released after a heated campaign by his Igbo and other fellow Southerners led to the quick dispensation of the case in court. Ganiyu Adams, factional leader of the Oodua Peoples Congress (OPC), a militant Yoruba nationalist organisation, launched a violent campaign against ‘Hausa-Fulani’ in the South-west, leading to the massacre of scores of ‘Hausa-looking’ Northerners. But he was released from detention after his court case was exhausted. Today, he is one of the ‘respected statesmen’ of that region. So revered he is that the governor of Kano State, more of whose citizens were killed in the OPC’s bloody campaign, invited him to Kano to commission some projects.”

Many Nigerians had believed that Al-Mustapha would not get a fair trial in Justice Dada’s court, citing ethnic and regional politics. In fact, many believe that he will get a better deal in the appeal that he has filed. They wonder why Sgt Rogers, who admitted to the crime, should be left off the hook while Al-Mustapha, who has vehemently and with concrete facts denied having a hand in the deed, should be the one to suffer for it.

Politics should be taken out of the judiciary. If justice must be done on Kudirat’s assassination, and yes it must, no one should be made to die because of his background or the job he once held in government. Al-Mustapha has suffered enough. He must not be allowed to die just like that.
Posted by Bahaushe Mai Ban Haushi! at 07:48

How i got my husband back after breakup!!My name is Claire Griffiths from England. I was hurt and heart broken when my husband breakup with me, and i could not know what next to do again, I love my husband so much but he was cheating on me with another woman and this makes him break up with me so that he can be able to get marred to the other lady and this lady i think use witchcraft on my husband to make him hate me and my kids and this was so critical and uncalled-for,I cry all day and night for God to send me a helper to get back my man until i went to Texas to see a friend and who was having the same problem with me but she latter got her husband back and i asked her how she was able to get her husband back and she told me that their was a powerful spell caster called Dr.Unity that help with love spell in getting back lost lover back, and i decided to contact the same Dr.Unity and he told me what is needed to be done for me to have my man back and i did it although i doubted it but i did it and the Dr told me that i will get the result after 28hours, and he told me that my husband was going to call me and i still doubted his word, to my surprise my husband really called me and told me that he miss me so much, Oh My God! i was so excited, and today i am happy with my man again and we are joyfully living together as one big family and i thank the powerful spell caster Dr.Unity for bringing back my man and i decided to share my story on the internet that Dr.Unity is best spell caster online who i will always pray to live long to help his children in the time of trouble, if you are there and your lover is turning you down, or your husband moved to another woman, do not cry anymore, email him at: Unityspelltemple@gmail.com or Add him up on Whats-app: +2348071622464,you can also visit his website:http://unityspelltemple.yolasite.com .