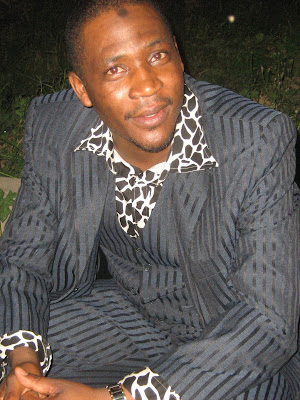 It has been two days now since a popular Hausa novelist and singer, Aminuddeen Ladan Abubakar (ALA), was sent to prison by a mobile court which works for the Kano State Censorship Board, in Kano. The writer/singer best known simply as Ala (after his initials) was arrested by the police on Saturday night in Kano after he had closed from work at Hikima Multimedia. He was, however, released on bail at the police station, on the pldege that he would attend court on Monday. He was not told what his offence was, but not everybody was left guessing.

Ala had composed a song, "Hasbunallah," with four other singers, in which they lampoon the regime of censorship in Kano. Moviemakers, singers and writers must submit their works to the censorship board for vetting. Though Ala had not released the "offensive" song, it had found its way into people's GSM handsets and computers, from where it was replicated into other forms of media.

Recently, the police and opratives of the censors board had swooped on Hikima Multimedia, looking for evidence that would link Ala to the release of the song. Consequently, Ala went into hiding; he was said to have gone to the neighbouring states. Two weeks ago, he returned home. And the censors attacked.

During the sitting in court, Ala pleaded not guilty. He was promptly sent to jail by a magistrate, Mukhtar Ahmed, notorious for jailing and or fining anyone that was brought before him under any kind of charge.

Writers and moviemakers, as well as millions of their admirers are livid with rage. Many view the arrest and detention of Ala as an attack against freedom of expression as guaranteed by the Nigerian constitution. It is felt by a wide spectrum of the populace that Ala is innocent. Like Hamisu Iyan-Tama, an actor/producer jailed for months by the same court, he did not release the song. Even if he did, it does not contain anything negative as to warrant an arrest. The case is gaining a lot of attention in the media, in internet chatgroups, and other fora.

Ala is due to be returned to court today to hear his application for bail. But I was told by a close associate of his that the prison authorities in Kano have revealed that a separate order from the court had said that the accused would be held till Tuesday next week. That would be against the pronouncement of the judge in the open court on Tuesday.

Yesterday, the Association of Nigerian Authors (ANA), Kano State branch, issued a statement on the matter. It goes like this:

At an emergency meeting held at the Bayero University Kano, today, July 8, 2009, the Association of Nigerian Authors Kano State Branch frowns at the arrest of one of its members Alhaji Aminuddeen Ladan Abubakar (ALA) over the alleged release of a song that has not been censored by the Kano State Censorship Board.

The Association is seriously looking at the implication of the arrest which is seen as an attack on liberty and freedom of expression. The Association has observed that the authorities in Kano are hostile to art and literature. This action and other past actions of the authorities are seriously undermining the position of Kano State as the leading centre of learning, art and literature.

The Association wishes to advise the authority to be cautious on the way it handles the matters of authors and other producers of art. Art and literature are part and parcel of every society and no society can do without it.

PARASITIC SPECIES INFESTATION alien robot telescope spaceship: audiobook getting things done (GTD is the tag), the first few tracks of PALE BLUE DOT are good, as we transition to a knowledge based global society

MIT OCW designing your life. The art of war flashcard deck, wikipedia article audio book the 48 laws of power... RAW stem cells movies: Eagle EYE, Minority Report, (gps and audio recording + all video survelance to DVR on web for all probation and parole ankle monitors, put more people on them and use software to monitor them, the probation or parolee pays for the ankle monitor and then gives it back to the probation office then the next probation pays for it again, thus buying another one) broadcom is makeing new version of these chips every two months now GPS + Bluetooth + WiFi + FM combo chip)
audio + video security DVR in juvinile prisons with audiobooks streaming leave the headphones you buy behind for the next inmate

Block Posters Makes a Large Poster from Any Image, the rain in spain falls mostly on send this to every school and buddhist center in the world but translate the message to the national language first please.

I love this blog so much, and there are just some differences with others'. Hope there will be more wonderful things in your blog. Have a great day! Generic Viagra