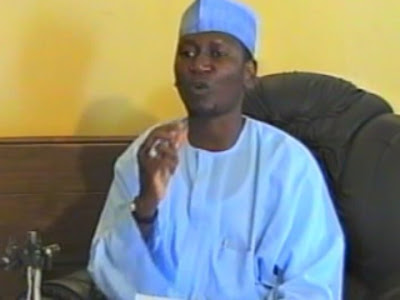 Not much is known about his educational pursuit.

In 2002, the 39-year-old self-proclaimed Islamic scholar founded the group that would eventually become known as Boko Haram, meaning "Western education is sinful" in the Hausa language; the group operated from its Maiduguri base under various sobriquets. It consistently showed aversion to 'boko' or western education.

Yusuf made a name for himself preaching against western education and consistently argued that the current system in Nigeria, symbolised by government, needed to be overthrown and replaced with an extreme version of Islamic law. Yusuf was also averse to other Muslims who disagreed with his methods and beliefs. He was soon regarded as an oddity by the rest of Muslims.

Nonetheless, he was able to attract huge numbers of followers from among the youths in many states of northern Nigeria, including Yobe, Bauchi, Kano, Katsina and Kaduna.

Contrary to the widely-held belief that Yusuf did not believe in Prophet Muhammad (SAW), he demonstrated that belief in his preaching, where he quoted from the sayings of the prophet to support his points.

And contrary to the thinking that he was a university graduate or drop-out, Mohammed Yusuf admitted, during a 2006 canonical debate with a Bauchi-based cleric and university lecturer, Malam Isah Aliyu Fantami, that he had never attended a western-type school.

In the debate, a DVD of which I obtained yesterday, the late Yusuf defended his group's position hotly, citing sources from Islamic history and jurisprudence, as well as from western science, making reference to the theory of evolution and giving off-hand examples from the Encyclopaedia Britannica.

But it was obvious from the debate that his theories were faulty and easily debunked by his opponent.

En-route Brazil on a state visit early this week, President Umaru Yar'Adua revealed, to the surprise of many, that the Nigerian security agencies had been tracking the Boko Haram sect for several years, describing its members as a "potentially dangerous group" who have been gathering weapons and intelligence to try to force their views on Nigerians.

On November 13, 2008, Yusuf and some of his followers were arrested by the police for public incitement through preaching and were brought to Abuja for trial. A High Court judge in the federal capital granted them bail on January 20, this year, after they were handed over to the police for prosecution.

The stage, it seemed, was set for a showdown between Yusuf's group and security forces, especially on June 11, when police officers in Maiduguri fired on a funeral procession by Boko Haram, shooting 17. Yusuf, denouncing the shootings, vowed to take revenge.

During a joint press conference in Abuja yesterday, defence spokesman Colonel Mohammed Yarima described the Boko Haram leader as a motivational character who had four wives and 12 children.

He said the operation to catch Yusuf was already well under way. "We have his picture, we have his details and the long arm of the law will catch up with him," he vowed.

That promise was fulfilled last night when security forces captured and killed Mohammed Yusuf in Maiduguri, thus ending an era in the short but bloody history of the sect he commanded.