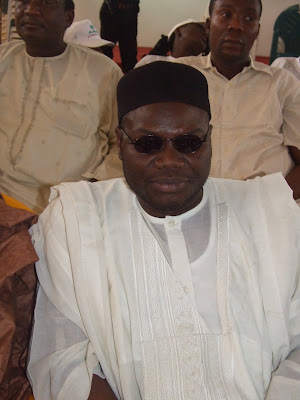 Members of the Kaduna State Filmmakers Association yesterday dragged the Director-General of Kano State Censorship Board, Malam Abubakar Rabo Abdulkareem, to a magistrate court in Kaduna over alleged criminal defamation of character and inciting the public to violence.

In a complaint charge filed before Chief Magistrate Nasiru Idris Lere of Magistrate Court 1, Ibrahim Taiwo Road, Kaduna, six filmmakers argued that a television interview granted by Rabo to the DITV station in Kaduna a fortnight ago had ridiculed their image and lowered their reputation in the eyes of the public.

Rabo was quoted to have told the TV station in a live broadcast that Hausa moviemakers were now engaged in the production of pornographic films and that the people of Kaduna State should rise against them.

He reportedly claimed to have bought a copy of such pornographic movies in Unguwar Sarki area of Kaduna metropolis.

Describing the censorship board chief's assertion as false, the plaintiffs said such statement was capable of inciting violence in the state.

“His statement that people should rise against us has made our members to live in constant apprehension for fear of being attacked by the public,” they said.

Rabo’s allegation was contrary to sections 392 and 114 of the penal code, they added.

LEADERSHIP learnt that the court summons, which was endorsed by a magistrate in Kaduna, was received by Rabo yesterday in his office situated within the Kano State-owned City Television in Hotoro, Kano.

The hearing comes up tomorrow in Kaduna.

Relations between the Kano State Censorship Board and Hausa filmmakers has been frosty since Rabo’s appointment by Governor Ibrahim Shekarau in 2007 following the Hiyana scandal.

Many artistes and producers were either jailed or heavily fined for one offence or the other by the censors board’s mobile court in Kano.

Rabo was sued by the Kano State Filmmakers Association last year over comments he made against them in a radio interview, but the case did not go far, with the filmmakers alleging that it was frustrated in the courts by the state government.
Posted by Bahaushe Mai Ban Haushi! at 11:56