Of Youths And Violence 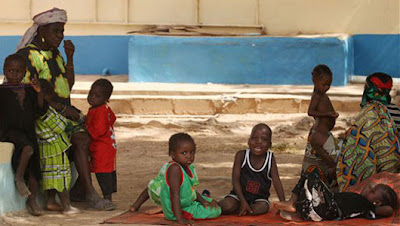 It is virtually old school to offer the worn-out truism that one of the greatest problems confronting Nigeria is the soaring unemployment rate or that the situation has been a key contributor to the incessant communal violence in the country in recent years. What is new is a powerful message from a British Council-sponsored report which warns that unless Nigeria creates about 25 million jobs over the next 10 years, youth violence shall increase tremendously. We can only ignore the report entitled "The Next Generation" at our peril. It was the result of a survey conducted by an independent panel of respected Nigerian experts that included economists and former ministers such as Ngozi Okonjo-Iweala, Frank Nweke Jr., Lamido Ado Bayero, Donald Duke, Pat Utomi and Maryam Uwais. The Harvard School of Public Health led the team that carried out the study, which also involved teams drawn from universities in Nigeria, USA and the UK.

Former minister of information Frank Nweke, Jnr., who is the director-general of the Nigeria Economic Summit Group, said during the presentation of the report on Wednesday that Nigeria faces a "demographic disaster" due to youth unemployment. Estimates in the report show that Nigeria's population of 150 million people will swell by another 63 million by 2050, making it the fifth most populous country in the world. With more than 40% of the nation's population younger than 14, the report predicts, the country could have a ready supply of workers into the future. But the problem is that Nigeria's gross domestic product remains flat and jobs scarce.
The British Council report notes that Nigeria's population multiplied in the last two decades, leaving it dangerously out of balance unless true economic development takes hold.

"Large cohorts of unemployed or underemployed young people destabilize their societies, fuelling crime and creating conditions where civil conflict becomes more likely. Instead of collecting a dividend, a country that is not well prepared to make the most of its Baby Boom generation can find itself in the midst of a demographic disaster."

Happily, however, one can see an “if” in the report. It does not just paint a grim picture without proffering suggestions on how to get out of the dark tunnel. It fully recognises the potential of the youths as an instrument for doing good and gives a conditionality for averting the looming catastrophe: the youths are Nigeria's greatest future asset, not crude oil which contributes 40% to the national GDP but only employs 0.15% of the population. "Youths, not oil, will be the country's most valuable resource in the 21st century," it says. "If the country continues on its recent economic growth rate, improves education, health standard, and creates jobs, the average Nigerian could be three times richer by 2030, and over 30 million people will be lifted out of poverty."

The report recommends that the country should get its act together and plan well on the provision of jobs in the coming years. It says: "If Nigeria fails to plan for its next generation it faces serious problems as a result of growing numbers of young people frustrated by a lack of jobs and opportunities. They could be a force for instability and social unrest."

There is no gainsaying the youth unemployment in this country has assumed an alarming rate. Government places the level of joblessness at 20%, but the reality is that it could be as high as 60%, with collapsing industries and the downsizing in the banking sector. It pains me whenever university and college graduates meet me to ask how I can help them get jobs. In the good old days, jobs were offered on a platter of gold to would-be graduates. Corporate bodies would camp out on campuses, taking names of final-year students. Of course, those were the days before the Structural Adjustment Programme (SAP), appalling corruption, mismanagement of resources, and the global economic meltdown.

Today, the story is sad. The Federal Office of Statistics says that most of the unemployed in Nigeria are city dwellers. And according to a World Bank report, secondary-school graduates are the principal fraction of the unemployed, accounting for nearly 35% to 50%. The rate of unemployment within the age group of 20 to 24 years is 40% and between 15 to 19 years it is 31%. Under-employed farm labour, described in the report as disguised unemployed, makes the rural unemployment figures less accurate than those for urban unemployment. Almost two-thirds of the unemployed rural population are secondary-school graduates.

I disagree with an aspect of the British Council report which suggests that Nigeria's government should offer "family planning" services to slow its population growth. The world's largest and most populous country, China, with a population of over 1.3 billion people, and India, the second most populous, are both economically more viable than Nigeria. Recently, China overtook Japan as the world's second largest economy by both nominal GDP ($4.99 trillion in 2009) and by purchasing power parity ($8.77 trillion in 2009). The reason is that each of these countries has a responsible leadership whose focus is economic sovereignty, not enslavement to the Bretton Woods institutions.

I believe that a nation rich in huge natural resources should not ordinarily fear any surge in its population. Indeed, an increase in population should be a welcome development because human resource is a force to be reckoned with in developmental projections. The reason our demographics tend to frighten development experts and appear to spell doom for our future is that our country's resources are being misapplied. Almost everything one can see in Nigeria is a rich resource - from the wide, sunlit skies to the agricultural soil with its huge water reservoirs, animals, crops, oil and other minerals to the healthy, hardworking and enterprising human populace. But almost all of these are misused or underutilised. The material resources are stolen by incurably corrupt individuals with access to those resources, and the populace - especially the youths - are deployed for unwholesome deeds, from prostitution to social violence.

Our leaders have abandoned agriculture. Their obsession with oil has made them incapable of seeing beyond their noses to appreciate the greater potential of other resources our country is endowed with. Education, which should provide a bedrock for the building of a conscientious, self-reliant young population, has been put on the back burner. The recent mass failure in WAEC exams is a pointer to our leaders' lack of seriousness and vision. It underlines the real danger we are facing - an undereducated population without skills, capable of unleashing havoc at any time.
The British Council report also found out something that should interest leaders in the North: even though the illiteracy rate remains high as the education gap grows wider between the North and the South, children have access to better schooling in the South compared to those in the North.

Indeed, at present, the potential for violence increases as the 2011 elections draw nearer. Due to the electricity conundrum, most of the industries have collapsed. There is a large army of the unemployed, ready to be hired for any type of job in order to eat from the crumbs of those members of the privileged class milking the nation dry. In 2011, we must elect leaders for the pertinent issues, with a clear agenda of how to confront development challenges such as unemployment.

Sadly, however, no one is talking about such issues in the run-up to the polls. All we hear is zoning, which is all about who becomes the next president and where he comes from, rather than what he could do to tackle the nation's multifarious problems.