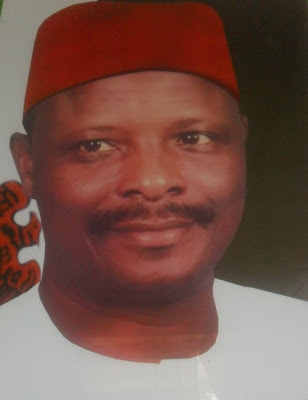 When I met Governor Rabi’u Musa Kwankwaso for the first time last month, I was eager to ask him a question on the policy of his government on movie production. During the final three years of the regime preceding his, there had been a cat-and-mouse contest between stakeholders in the Hausa movie industry and the Kano state government. Many actors, producers, musicians, marketers, etc., were arrested, heavily fined, jailed and or had their offices locked up and their property confiscated through dubious legal processes. Many were forced into exile in neighbouring states. One Abubakar Rabo, notorious for his near-crazy loathing for the movie trade, was heading the state Censorship Board in a Gestapo manner. He committed himself to the emasculation of the industry, using false propaganda and coercive instruments of the state. Consequently, Kano’s huge army of unemployed swelled. (The industry had employed thousands of school leavers and other layabouts for whom government could not provide jobs).

The reason adduced for this reign of terror by Governor Ibrahim Shekarau was that Hausa movies were corrupting morals and that movie industry stakeholders were not practising what they preached. He also claimed, during the last presidential debate, that he was responding to the demand of members of the society for the industry to be chained. Truly, there is a fringe view in Hausa land which holds that movies are sinful and should be banned – the kind of view imposed against women education in Afghanistan under the Taliban.

One of the comical regulations imposed by Rabo was that movies should not be shot at night so that men and women would not use the opportunity to commit fornication – as if those who engage in illicit sex (including top government officials) do so only at night!

The government’s stance wasn’t tenable because it was hypocritical. Many of its top guns were known to be living double lives, morally speaking. Nollywood flicks, which are more explicit, and even smuggled x-rated movies, were on sale in many parts of Kano. Moreover, during the run-up to the 2007 general election, Shekarau himself had exploited the film stars’ popularity to canvass votes. He held a lavish movie awards ceremony in government house where he extolled the virtues of film-making and distributed gifts. In the following months, he courted the industry through all manner of tricks, including donating a new bus to the film-makers’ association and, later, receiving an industry award at Arewa House, Kaduna. But when the Hiyana sex scandal broke out in 2007 and the anti-movie lobby found a louder voice, Shekarau launched his crackdown on the stars. After all, he had won his re-election and reckoned that he did not really need them. The latter view proved suicidal because the industry played a key role in defeating his party in the April 2011 polls when its crowd-pulling members like Sani Danja and Ibro joined the campaign train of his arch-rival, Kwankwaso.

Today, there is a sea change. Dr Kwankwaso is building a bridge of understanding between government and the industry. In response to my question during our interview with him, published in Blueprint on September 26, he said: “The film industry in Kano is very important for obvious reasons. For one, it is capital-intensive and has the capacity to boost the state’s economy. Secondly, and this is very crucial, it has the potential to create mass employment opportunity to the youths - both male and female - and this is one of our objectives: to provide job opportunity to as many people as possible. So, I have made it clear that our administration would give all the needed support to make sure the film industry thrives like any other industry in the real sector.”

In spite of his positive outlook, however, the governor is not blind to the need for the regulation of the business. He explained, “But be that as it may, we also have our religious and cultural values to protect against adulteration in any way by the filmmakers or any group of people.” He is setting up a Kano Film Institute in Tiga “so that the industry will be sanitised.” This is clearly a purposive and focused leadership. There are no frenzied, false claims or pretences. There is simply a clear urge to reduce unemployment while firmly minding cultural preservation.

The movie practitioners should repay this gesture by producing qualitative movies that are also sensitive to culture and religion. They should do away with their Indian copycat impulses and be professional. Hausa movies should be made to appeal to a universal audience through originality even if they have to be modern in outlook. It doesn’t have to take a Malam Rabo to remind the practitioners about this.