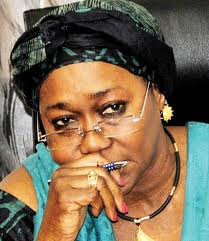 By many accounts, Africa's hitherto dour economic condition is changing for the better. The continent used to be one about which nothing good was said. Wars, famine, diseases and coups d’etat were the main images by which Africa was defined by most analysts, especially those in the developed world. Consequently, the African story, as told by the global media, ran along a pre-determined pattern, and it was largely ugly.

Now, I am not trying to say that wars have ceased here, or that coups d’etat are over, or that Africans have stopped killing themselves over mundane issues such as tribe or religion. Far from it! These ugly occurrences are still taking place with devastating impact on our progress and image in the world. In spite of this, however, I can say that these evils have reduced in the last three decades or so. One just has to look at the figures and the facts to know that Africa is rebounding. The impact may be slow and forced, but it can be felt, seen and grasped.

Writing in Foreign Policy recently, three authors - Norbert Dorr, Susan Lund and Charles Roxburgh - noted, rather effusively, that Africa has outgrown the gloom and doom by which it used to be judged. That happened within a single decade of amazing transformation from stagnation to euphoric growth. Recall that in 2001, the then British Prime Minister Tony Blair lamented thus: “The state of Africa is a scar on the conscience of the world.” Now it seems the continent of one billion people is getting its acts together and striving to compete with the rest of the developing world.

Africa, write Dorr, Lund and Roxburgh, “is now one of the world's fastest-growing economic regions. Between 2000 and 2008, the continent's collective GDP grew at 4.9 percent per year - twice as fast as in the preceding two decades. By 2008, that put Africa’s economic output at $1.6 trillion, roughly at par with Russia and Brazil. Africa was one of two regions - Asia being the other - where GDP rose during 2009's global recession.”

As a result of this boom, which is strongly supported by increasing urbanisation, the region is fast becoming a beehive for foreign investors. Vast fields of natural resources and a population bursting at the seams are the main attractions for investors. The areas where the continent offers the greatest promise are telecommunication, oil and gas, infrastructure and domestic appliances. But agriculture, which has the potential of turning the continent into a greater economic hub with 60 percent of the world’s arable land located here, has not been sufficiently developed. The sob-story here is that countries like Nigeria that have vast arable land have stuck to oil and gas where they make a quicker buck. If such nations mechanically cultivated their lands, then the story would become rosier.

How is Africa making this great leap forward? By getting its acts together, of course. Many of its countries have embraced democracy, even if home-grown. Warts and all, this adoption has made it possible for them to carry out economic reforms in various sectors which, in turn, have translated into the trimming of waste. In Nigeria, successes have been achieved in the banking and the telecom sectors, and in the fight against corruption. Privatisation of government companies and liberalisation of other sectors have created a middle class that was only dreamt about only a decade ago. Now, it is possible to think of Nigeria or South Africa joining the four-member BRIC grouping of fast-growing economies - Brazil, Russia, India and China. Non-African contenders to this privileged club of emerging economies include Turkey, Mexico and Indonesia. Nigeria, with a population of more than 150 million, may get in first, even though South Africa, with under 50 million, is a larger economy. Reason: indicators favour the economy with bigger demographics because, in the long run, it is the urbanised and empowered population that would make the market rules.

But as Africa frolics in its new-found emergence from the economic woods, it is easy to forget the big challenges. Africa is still home to the world's biggest cataclysms, not only the natural ones but also the man-made. Sixty percent of its population dwells in rural areas, and it is poor, illiterate and divided along tribal and religious schisms. Without the right leadership, growth will be stunted. Now the main problem is the absence of conscientious leaders whose focus is to create the enabling environment that will see the people crawl out of poverty.

Corruption is rampant, even in nations with the greatest promise. Nigeria, the so-called economic giant, is lagging behind South Africa in most economic indices, not because the latter is richer in resources but because it is richer in leadership. Nigeria is number 134 out of 178 countries in Transparency International's 2010 Corruption Perceptions Index, while South Africa is just number 54. There is a clear correlation between a nation’s depth of corruption and its economic growth. No wonder, then, Nigeria trails behind South Africa even though its resources are larger. People are more comfortable to relate with economies that have lesser potential for risk. According to reports, Nigeria was able to get investment flows of just $216 million for the first 10 months of this year; South Africa, however, got $3.4 billion within the same period. This shows that Nigerians in positions of authority steal more than their South African counterparts. It could also mean that the mechanism for checking corrupt practices and punishing perpetrators works better in the latter.

For Africa to maintain the tempo of its growth, therefore, it must have in place the right leaders who, in turn, must fight the spectre of corruption in their countries. At the moment, the picture is scary. Just two days ago, on Thursday, the Stolen Asset Recovery (StAR) Initiative of the World Bank Group and the United Nations Office on Drugs and Crime issued a how-to guide for recovering stolen assets. The Asset Recovery Handbook, which can be accessed on the World Bank web site, reveals that developing countries lose between $20 billion and $40 billion each year to bribery, embezzlement and other corrupt practices. It also shows that over the past 15 years only $5 billion was recovered and returned.

The book recommends measures by which developing nations, most of which are in Africa, can recover funds siphoned from their coffers and stashed abroad. It recommends that anti-corruption practitioners such as those working in our own Economic and Financial Crimes Commission (EFCC) must exchange sensitive information with partners in other countries to trace stolen funds and gather evidence. They must be familiar with a wide range of legal tools and procedures for freezing, seizing and repatriating stolen funds. And they must be able to navigate the legal systems of their own country and of partner countries. They must also know that, as our own anti-corruption czar, Malam Nuhu Ribadu, is fond of saying, corruption also fights back.

No matter how difficult it is, Africans must ensure that they up the ante of the present growth on the continent by putting the right leaders in place and making sure that corruption, by which the continent gained dubious renown, is kept at the barest minimum.