The Art Of Giving 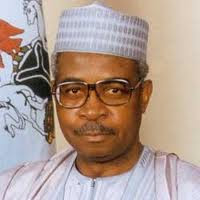 A few years ago, a Nigerian businessman made a profit of $1 billion from a single business deal. After taking care of some essentials of life, he was left with 'just' $500 million. This man was at a loss over what to do with the money. It might not be safe to keep it even in a bank. Worse, his children might fight over it when he died, he thought. The man, Lt. General Theophilus Yakubu Danjuma, a former Chief of Army Staff in the 1970s, had made the money from an oil block allocated to him by the then Head of State, General Sani Abacha. He sold it ten years later when oil was struck in it and the world price of oil was hitting the roofs. He had retired from the army at an early age of 41; he had got to the top early. After retirement, he started a shipping business and became stupendously rich. But owning $500 million cash was not something he had ever bargained for. Being not an ordinary man, he got a brilliant idea. He decided to establish a foundation and commit $100 million to it.

"I decided to set up a foundation and endow it with my fund," he recalled in an interview this year. His reason was that the government, "no matter how noble its intentions, cannot address these challenges on its own. In fact, in all developed countries, the implementation of social projects is never the sole responsibility of government; there are often strong collaborations as well as the private sector."

TY, who was minister of defence between 1999 and 2003, was supposed to have a heart of steel, having been a soldier, one who saw battle during the Nigerian civil war. Now his TY Danjuma Foundation (www.tydanjumafoundation.org) has transformed him into one of the nation's leading givers to the less privileged. The objective of the foundation is to "contribute to the building of Nigeria where all citizens have access to affordable quality health care, education and have equal opportunities to realize their potential." The Foundation is actively working on this vision, especially in the general's native Taraba State.

It is now intervening mainly in health, youth employment and education issues in Taraba. It works together with relevant non-governmental organisations to address the challenges faced by people in the area. A friend of mine who visited one of the health centres told me about the amazing things TY's endowment is doing for the people. He said with the foundation's sponsorship, doctors even carried out free surgeries for the people.

Mind you, it was not only TY who made big money from a business deal. Nor did it make him the richest man in the country. Many other tycoons would have pocketed that profit, gnawing at it slowly in a lifetime of luxury beyond their wildest imagination. To arrive at TY's decision to share his own with the impoverished people of his area, one had to employ all the values that make us human - courage, empathy, faith and art.

Giving is one of the most courageous values that define our sense of humanity. To give, you need to summon your inner strength of parting with something you hold dear, especially money and property. Giving is also human. That is why it can only be done by someone who feels for others, who sees that others have a need bigger than that of oneself. It is those that see the need to make the world a better place, to help cure it of its headaches and its ailments that can move towards doing the right thing. Giving is also a question of faith. To be able to help someone in need, you first need to believe in the necessity for such action. You need to think and be persuaded that this is something that must be done, fully convinced that if what should be done is done, then, somebody somewhere would gain a smile from your action.

Giving is also an art. It is the art of self-displacement, the condition of humbling yourself and letting a sense of humanity get into you. It is the art of reducing yourself to the position of someone whose worldly possession is going to be reduced by whatever portion, be it a huge chunk or a fraction. In this art, however, you are also making yourself a titan of some sorts, a big brother to those in need.

In a world that has become increasingly a jungle of sorts, where the survival of the fittest is the norm, it is not everyone who combines these values. That probably explains the paucity of givers in most human societies. In northern Nigeria, the scarcity of givers is matched with the huge numbers of the needy. Our economically backward region is in dire need of assistance in many areas: health, education, jobs, culture, etc. So when you hear about what some individuals are doing to help create a better society, you cannot help but cheer their efforts.

The 72-year-old TY is perfecting the art of giving because he has the heart for it. If he liked, we would never have heard about his money-making exploits. We do not know how those richer than him make their money, talk less of how they spend it. So, it is not so much about the money as it is about the intention and the eventual impact of the gesture.

When people talk about philanthropy, we usually link the word to the big givers in western countries, such as Bill Gates, the co-chairman of Bill & Melinda Gates Foundation, described as the largest transparently operated private foundation in the world, founded by Bill and Melinda Gates, who endowed $33.5 billion for healthcare and ending poverty globally. Or Warren Buffet. Or Bono. Or even Michael Jackson who distributed most of his wealth to good causes, and who supported over 39 charity organisations. Now people like TY are pricking our conscience with their philanthropic spirit and zeal.

Nigerians being a religious lot believe in giving freely from their God-ordained possessions. Their altruistic activities are seen in mosques and churches, graduation ceremonies, or at alma mater meetings. There are silent givers who give without any formalities. Many other philanthropy bodies are formed for ‘show,’ inspired by pecuniary purposes such as politics. Such are usually a flash in the pan.

Now there is need to build a real philanthropy industry in this country. The rich among us should establish foundations such as TY’s. Is it not ironic that most of those that are better known and better organised were formed in the memory of former soldiers - the Murtala Muhammed Foundation, the Shehu Musa Yar’Adua Foundation and the TY Danjuma Foundation? We should not also forget Gen Obasanjo’s Africa Leadership Forum. Formalising philanthropy would create institutions geared towards the betterment of human life and dignity. And as Gen Danjuma suggested two days ago during the opening of the first ever philanthropy forum, organised by his foundation, the National Assembly should provide the right legislative framework for the act of giving to be accountable and targeted. Let me add that doing so would also ensure that the foundations outlive their founders and the endowments reach the real beneficiaries rather than foundation staffers, their friends and relations.

Individually, we should all learn to practice the art of giving. It is not a matter of being rich. Having an extra buck to give away helps, of course, but then the best givers are not necessarily the biggest philanthropists. Ask yourself: do you give anything you possess as alms or an act of philanthropy? If you look carefully, there could be shoes or clothes in your house that you have not used for a year. Such things, no matter how expensive or valuable, are things you want but do not need. Give it away. With time, you will find yourself right on the path of big givers such as Gen TY Danjuma.

Published in LEADERSHIP WEEKEND, on Saturday
Posted by Bahaushe Mai Ban Haushi! at 08:09

There are few, relatiely few of TY's calibre. What a generousity ! Thank u Sheme for your article.