There Are Over 400 Nigerian Prisoners In Turkey - Envoy 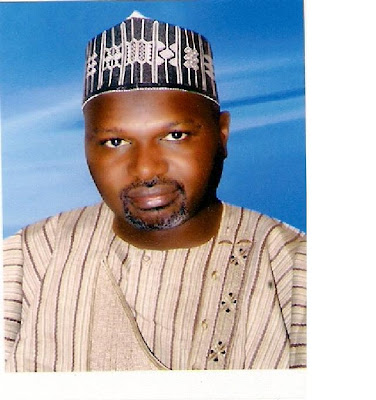 Relations between Nigeria and Turkey are in an upward swing. The fillip was made possible with the restoration of relations between the two countries and the appointment of His Excellency Ahmed Abdulhamid Malammadori as Nigerian Ambassador to Turkey in May, 2008. Before his appointment by the then President Olusegun Obasanjo, Malammadori had been the minister of state for energy. Before then, he was a member of parliament in 2002 and had been a federal commissioner in the Federal Character Commission, responsibilities which, obviously, prepared him for his present task of protecting and projecting the image of Nigeria in Turkey.

Last October, I and the editor of Peoples Daily, Ahmed Shekarau, interviewed Ambassador Malammadori in Istanbul during a visit there. In the interview, he spoke about the nature of relations between Abuja and Ankara, the potentials this holds for the two countries and the challenges he faces, especially from the growing influx of Nigerians into that country. The interview was published in both LEADERSHIP and PEOPLES DAILY last month.

Your Excellency, how would you describe relations between Nigeria and Turkey since your assumption of office as Nigeria’s ambassador?
It is an excellent relationship, especially in the political area. We have been relating politically for a long time. In fact, we have been relating with Turkey since during the Ottoman Empire and the Kanem-Bornu empire. They were doing trans-Saharan trade between the two countries.

Turkey was among the first countries that opened their embassies in Nigeria immediately after Independence. In fact, Turkish Embassy has been in Nigeria since 1961, that was a year after Independence. Unfortunately, our embassy was closed down for some time and was reopened in the year 2000 during the era of President Obasanjo. Since then, we have been relating and doing a lot of discussion; there were a lot of agreements that were discussed between the two countries.

In which areas does Nigeria relate with Turkey mostly?
There are pending bilateral agreements that we are working on seriously, to see that those agreements are signed by the two countries. Recently, the president of Turkey was in Nigeria during the G-8 meeting. During that meeting, Nigeria agreed to have bilateral discussions with the president in which we looked at some of the pending bilateral agreements, which are quite many but are not finalised. So, it was the intention of the two presidents, if our president pays a reciprocal visit to Turkey, to finalise those agreements.

But now we have suggested a joint commission meeting between Nigeria and Turkey which Nigeria will host in Abuja on the 9th of November, this year, which will finalise those agreements and conclude them. So, anytime the president of Nigeria comes to Turkey, I believe, the two presidents will append their signatures on the agreements. And that will help us in moving forward in terms of bilateral agreements.

Which kind of commodities do the two sides trade in?
The Turkish side buys oil from Nigeria, steel and some agricultural items like sesame seeds and cashew nuts and many other products. The Nigerian side, we are having more partnership in the construction industry. You know, I tried to see how we could import their furniture and textiles, but because all these are contraband in Nigeria we are only encouraging them to come and establish their factories or have partnership with Nigerians so that they can produce their products in Nigeria.

In monetary terms, what is the volume of trade between the two countries?
Export from Nigeria stands a little above US$1 billion per annum. And the imports to Nigeria from Turkey stand below US$700 million per annum. So, with this I can say we are doing better.

What of in the area of cultural exchange? Is there any activity going on between the two sides?
Yes. It’s part of the pending bilateral agreements which we hope during this meeting we’ll conclude. There is an agreement on exchange of cultural activities, tourism, defence, education and so many other areas. On aviation, you know it is only Turkish Airlines that flies between Nigeria and Turkey; there is no any airline from Nigeria that flies to Turkey. And they are even working to improve their service, extending it to Abuja — from Abuja direct to Istanbul. I believe by early next year this will materialise.

What would you say are your challenges, especially in terms of managing the volume of human traffic between Nigeria and Turkey?
There are a lot of challenges, especially in the area of human trafficking and drugs. There is hardly a week I cannot get two or three notes on our people arrested at the airport carrying drugs, either going to Nigeria or coming from Nigeria. We have over 400 Nigerian prisoners now in different prisons in Turkey. Well, there are some that are carrying Nigerian passports but once we engage them we find out that they are not Nigerians. But the conclusion here is that they are Nigerians because they are carrying Nigerian passports. This has become a major challenge to us, especially with the little resources we have at the embassy or at the mission; there is no way we can assist in deporting our people back home. There are so many illegal Nigerian immigrants here.

Are there many Nigerians residing in Turkey?
Yes, there are quite a number of them. We have over 3,000 Nigerians residing in Istanbul and in various parts of Turkey. Even in the Turkish Cyprus, we have about 1,200 students. All these pose challenges. Especially if there are immigration problems, it is the embassy that always goes up and down to solve the problems, especially with the (Nigerian) policy of citizen diplomacy.

Those bad eggs from Nigeria, do they sell their drugs in Turkey or do they use the country as a transit point?
We suspect that they use Turkey as a transit point, but you can never tell because there must be an insider for this crime to be happening frequently. The rate at which it is happening is alarming and disturbing. We honestly feel that somebody, somewhere, must be aiding them even to get visa or find their way through Turkey. I think our immigration officers in Nigeria and other security agencies need to do a lot in terms of screening the people coming to Turkey.

Does Nigeria having a large Muslim population and Turkey being mostly Islamic confer on us any special privileges as a country?
In diplomacy, we don’t talk about religion, we only discuss the political and business relationships that exist between the two countries. The issue of religion is not part of our mandate.

We have seen a lot of Islamic relics here in Turkey, especially at the Palace. I wonder if Muslims from Nigeria come on tourism purposes, to visit such sites.
You see, it is not only Islam that has such monuments here. There are so many. This is the place where you have the last house where the Virgin Mary lived; Ephesus, which are mentioned in the Bible. There are so many religious, historical monuments in Turkey dating from the Byzantine Empire, the Ottoman Empire, etc., that are of interest to Christians and Muslims.

How do you envisage the future relations between Nigeria and Turkey?
I expect that it will be very good. I can tell you that Turkey can provide an alternative market to China for Nigeria. There are a lot of discussions about the quality of products from China and I believe that the quality of products from Turkey are of European standard. And the Turks are very hospitable in terms of welcoming Nigerians and they are interested in doing business with Nigeria. If you can remember, in 2008 Africa signed the Istanbul Declaration with Turkey, and that has opened the doors of Turkey for Africa. And they see Nigeria as a major player in Africa. In fact, they believe that once they get the support of Nigeria, they have captured Africa in totality. So, the relationship between Turkey and Nigeria, if we do a little homework, I believe, will be wonderful.
Posted by Bahaushe Mai Ban Haushi! at 03:49