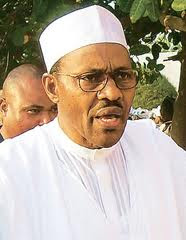 If by the end of next week the opposition parties in Nigeria fail to coalesce and adopt a common candidate for the April general elections, we might as well conclude that none of their candidates can beat Dr. Goodluck Jonathan – free and fair election or no free and fair election. This prediction is couched in my firm belief that at the moment, the so-called opposition parties are in disarray as far as presenting a formidable front in the polls is concerned, and there seems to be no real indication that they could get their act together within the next seven days.

There is a clear desperation as the deadline for presenting names of candidates to the Independent National Electoral Commission (INEC) draws near. It is borne out of the fear that now that Jonathan has secured the PDP ticket, he looks more formidable than he used to be before the primary election two weeks ago and looks set to win the big election in April. It is very clear now that unless the opposition parties come together and back one candidate, pushing Jonathan out would be a very Herculean task indeed.

Quite a number of discussions are taking place towards this end, but they don’t seem to be ending in any satisfactory result. Yesterday, the papers were awash with the story of a “secret” meeting between Malam Nuhu Ribadu of the ACN and Gen. Muhammadu Buhari of the CPC in the latter’s house in Kaduna. The meeting was held ostensibly to map out a strategy to snatch power from President Jonathan. The idea is in tandem with the ongoing moves to ensure that a northerner becomes president in the new dispensation.

But will that kite fly? Your guess is as good as mine. The opposition figures in the country are self-serving by nature. Each wants to be the one to reach the top, hence his inability to make a compromise in a power-sharing deal. Their meetings end in a cul-de-sac because each enters the meeting with a I-come-to-beg-you-to-leave-it-to-me agenda.

The reason for this is not far-fetched. Opposition politics in Nigeria is not what it used to be. There is a complete absence of ideology in the parties, which makes them to look the same except in name. In contrast, the strong parties of the good old days of the First Republic, such as the NCNC, NEPU, UMBC, and AG, as well as the UPN, NPP, GNPP, and PRP in the Second Republic were based on identifiable ideologies. The personalities leading or populating these parties were men and women that were consistent in their beliefs, not because they thought their beliefs would bring wealth or glory to them but because they felt without equivocation that, that was the best way to arrange the society and build the nation.

According to Wikipedia, political ideologies have two dimensions: 1. Goals: How society should function or be organized, and 2. Methods: The most appropriate way to achieve this goal. That is why in the United States of America, you are either Democratic or Republican; in Great Britain, you are either Labour or Conservative. In between these lie just a few alternatives, which are invariably incapable of rocking the boat too hard because the two major camps tend to be adequate for the diverse opinions people hold.

Mark you, political ideology is like religion: people don’t just quit for cheap porridge. People come together because they believe in a set of ideas, which is the driving force behind their political action and manifesto. They don’t gather in order to eat what is available on the dining table or share whatever they can get for their pockets.

Today, the story is different. You have a colony of drifters and quitters wearing the badge of politics. No matter how well-fed they look, they are just hungry, and it is their hunger (usually for power and money) rather than ideology which drives their actions. Little surprise, then, that you find politicians who had made a name as members of a political party suddenly drifting to another party, including one they had spent most of their political life castigating. The word for this is decamping, and many politicians in our country do it with pride and gusto while pretending to be victims of a “witch-hunt.” Examples are legion. Alhaji Atiku Abubakar was elected as a governor under PDP in 1999 but when the game between him and Obasanjo soured, he founded AC, which won the election in Lagos State. Today, he is back in PDP, a party he wanted to see destroyed, and had sought to become its presidential candidate. Alhaji Aminu Bello Masari, a top-notch member of the PDP, was a ranking member of the House of Representatives for many years. Today, he is a gubernatorial aspirant under CPC in Katsina State. Dora Akunyili was also a PDP member and had served as minister of information and communication under two presidents; today, she is a senatorial candidate under APGA in Anambra State. Dr. Abba Sayyadi Ruma, hitherto a leading member of the PDP, under which he served as commissioner and SSG in Katsina State and later minister of agriculture, is now seeking the governorship seat under CPC. Senator Adamu Aliero, another PDP stalwart, is now contesting under CPC. Malam Nuhu Ribadu, a senior official of the PDP government of Chief Olusegun Obasanjo, is now the presidential candidate of ACN. Alhaji Attahiru Dalhatu Bafarawa became governor under ANPP, decamped to DPP which he founded in order to run for president in 2007, and is now a ranking member of the ACN, under which he sought to contest the presidency. The list is almost endless.

These people and others like them are now giving the impression that they are martyrs who have just found their heavens. It is believed, however, that they decamped only because their chances had been blocked in their former parties and would return as soon as they have captured power or found no succour in their new parties. After all, party politics is no religion. They don’t even recognise the word ‘ideology’. This is why they drift from one party to another without blinking an eye, like bees looking for flower from which to suck pollen. This is also exactly why it is difficult to forge an alliance capable of defeating an incumbent president in this country. We will see if the leopard can change its spots in the next one week or so.