The Power Of Non-Violence 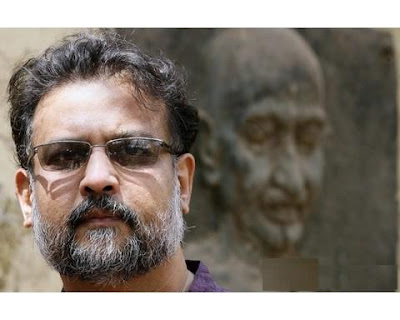 All parents love to have well-behaved children, not to talk of precocious ones. They want them to be good performers in school, respectful of their elders, morally upright, honest, clean, God-fearing, tolerant of opposing views, urbane, sympathetic towards the poor, the sick or the infirm, etc. They also pray for them to be successful in life, either financially or in their chosen professions. So, how can we make our kids grow up with the right behaviour?

Recently, I got talking with a friend about how kids are being brought up these days and, by extension, how we relate with each other in society. I had been startled by the violence that defines our society today, especially between parents and children, husbands and wives, teachers and students, religious leaders and the laity, and political leaders and their followers. Because it has become so hard to mutually agree on what is right or wrong, people tend to resort to violence. The mechanisms for truce, reconciliation or dialogue – formal or otherwise – are replaced with ad hoc contraptions.

In years gone by, children used to be brought up by stern parents and other community elders who were anxious not to lose them to the vagaries of modern life, including the possibility of growing up recalcitrant, strong-headed and lacking in discipline. The general rule was the truism, “Spare the rod and spoil the child.”

In the chat with my friend, I was more concerned about the way we bring up our children, for obvious reasons. The way we were treated, handled or guided as kids was the single most important reason for who we are today. In those days, upbringing was a mixed grill of carrots and stick, but mostly the stick. My friend, a stickler for the old ways of doing things, believes that the absence of sternness by parents towards their wards is responsible for the waywardness of many kids these days.

The question, however, is: are all the well-behaved adults today products of some koboko- or bulala-wielding parents and elders? And are the old ways of bringing up kids better than the new ones? No doubt, there is a strong sense in the ways of our parents and grandparents, but things are changing fast. Modern-day parents and school teachers are tending to wonder whether it pays to beat children in order to teach them what they should or shouldn’t do or say. They are accepting the fact that it is possible to have children that are of good character without wielding the cane. The secret is in ensuring a dialogue between parent and child; leading by example, and keeping families close-knit. It is important for parents to talk to their children and listen to them, too. Not befriending our kids creates unnecessary barriers that, in turn, lead to many unwholesome consequences. If the kids offend us, we can tell them and make them feel sorry without us going bananas. The worst thing we must do is to practise “passive resistance” or what I regard as “non-violence in relationship.” In short, parents, teachers and even spouses can be firm without being too hard.

I’ll close this piece by quoting a story told by Mr. Arun Gandhi, grandson of the legendary Mahatma Gandhi and founder of the M.K. Gandhi Institute for Non-violence, in his lecture at the University of Puerto Rico on June 9, 2010. It is an example of “non-violence in parenting”. Enjoy:

“I was 16 years old and living with my parents at the institute my grandfather had founded 18 miles outside of Durban, South Africa, in the middle of the sugar plantations. We were deep in the country and had no neighbours, so my two sisters and I would always look forward to going to town to visit friends or go to the movies.

“One day, my father asked me to drive him to town for an all-day conference, and I jumped at the chance. Since I was going to town, my mother gave me a list of groceries she needed and, since I had all day in town, my father asked me to take care of several pending chores, such as getting the car serviced. When I dropped my father off that morning, he said, ‘I will meet you here at 5:00 p.m., and we will go home together’.

“After hurriedly completing my chores, I went straight to the nearest movie theatre. I got so engrossed in a John Wayne double-feature that I forgot the time. It was 5:30 before I remembered. By the time I ran to the garage and got the car and hurried to where my father was waiting for me, it was almost 6:00. He anxiously asked me, ‘Why were you late?’

“I was so ashamed of telling him I was watching a John Wayne western movie that I said, ‘The car wasn’t ready, so I had to wait,’ not realising that he had already called the garage. When he caught me in the lie, he said: ‘There’s something wrong in the way I brought you up that didn’t give you the confidence to tell me the truth. In order to figure out where I went wrong with you, I’m going to walk home 18 miles and think about it.’ So, dressed in his suit and dress shoes, he began to walk home in the dark on mostly unpaved, unlit roads. I couldn’t leave him, so for five-and-a-half hours I drove behind him, watching my father go through this agony for a stupid lie that I uttered. I decided then and there that I was never going to lie again.

“I often think about that episode and wonder, if he had punished me the way we punish our children, whether I would have learned a lesson at all. I don’t think so. I would have suffered the punishment and gone on doing the same thing. But this single non-violent action was so powerful that it is still as if it happened yesterday. That is the power of non-violence.”